From the Green Inside and Out, to the Trapezium Shape, Able Catch means business, but nothing says “Moth Traps Work” like a picture.

“We knew our infestation was out of control, but within an hour the trap already had moths drawn to it.  Not sure if it was the shape or the lure, but it worked better than the big-box brand I had used for years.”   The 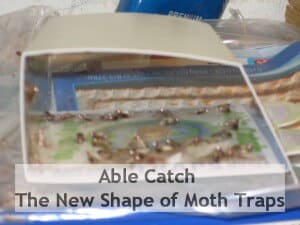 shape mattered because Joan had a box of cereal fall over, and rather than crushing the Able Catch, the trap swayed into a triangle that held the cereal box.  “the trap wasn’t bothered by the cereal box”

The New Shape of Moth Traps

The Bullseye on the inside of the trap indicates where to drop the pheromone lure chip, but it also speaks to ‘hitting the bullseye’ in trap design.  The new Shape , a 4 sided trap (trapezium ) is the result of month of development , trial and error and fine tuning.

Moth Traps have always been triangular, to prevent them from folding onto themselves, but a triangle limits the “Moth Entry Zone” ( MEZ) because of the tight angles..   Able Catch, knew a 4 sided design would increase the MEZ, but a rectangle or square would be too easy to crush.   So the a trapezium was tested..   A trapezium is a trapezoid with no parallel sides.   In the case of a moth trap, it means that under pressure, the shape deforms into a triangle, which prevents collapse.

Moth Trap Geometry and design are a separate topic, but the take away here is whether trapezoid, or trapezium, the Able Catch Pantry Pest Trap is the new shape of moth traps.

Moth Larvae to Adult Moths 4 steps will to get your moth problems under control. Moth Infestation can drive you nuts, but they can be… 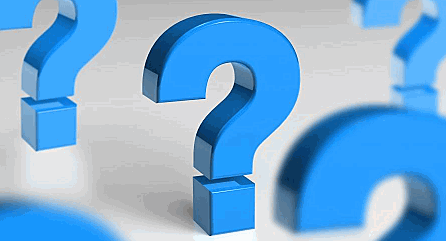 Curious about what traps work? Comparing brands of spider traps or moth traps? Looking to identify an insect you have in your home? Fighting an…